In the 16th century, Hoi An emerged as a major trading port, inviting traders from all over Asia. No story better exemplifies the city’s confluence of cultures than that of Sotaro Araki and Princess Ngoc Hoa. When working in the city in the late 1600s, the Japanese merchant fell in love and married the Vietnamese aristocrat, after which they moved to Japan and she took on the Japanese name Wakaku. Their story inspired the city’s modern-day luxury Hotel Royal Hoi An – MGallery.

Standing majestically alongside the tranquil and beautiful Thu Bon River, Hotel Royal Hoi An – MGallery whisks travellers away to another time and place to enjoy a taste of the sans souci lifestyle.

Hotel Royal’s first wing, named Sotaro, has a more traditional, Japanese aesthetic. Rich, dark wood floors and latticework contrast metal accouterments. Lanterns that blend both Japanese and Vietnamese styles fill the room with soft light. The love story is artfully exemplified by the second wing that was named after, and taking influence from, Wakaku. Each of the rooms contains a sleek feminine touch and nods to Hoi An’s unique merging of styles. The delicate, curved furniture, tiffany blue pillows and paintings, a graceful bathtub surrounded by lavish curtains and leaf-mold door handles give respect to the decor the princess enjoyed during her life. Though the past is tastefully highlighted, the contemporary twist makes the experience less of a fantasy and more of a delightful and memorable journey.

The royal touches also extend to the Hotel’s signature pools. The majestic views of the river and Hoi An town from the city’s highest pool bar located in Wakaku wing, give guests a glimpse of the heritage and charm of this unique destination, meanwhile another swimming pool inspired by Art-Nouveau centrally on the ground floor of Sotaro Wing, looks like a dowry jewels with blinking signature patterns.

Delightful dining options at the Hotel take guest to a journey of rich heritage of the town. Famished from a day of discovering Hoi An and relishing in the romance of Hotel Royal Hoi An, guests enter the classically designed, 17th century Nagasaki inspired Wakaku Restaurant. Faifo Restaurant signifies another name of Hoi An. The town is known to the French, Spanish as Faifo and a number of theories have been put forth as to the origin of this name. This restaurant pays homage to Hoi An’s eclectic food history and Western-Asian dishes... Just 500 meters to the center of Hoi An ancient town, Hotel Royal Hoi An - MGallery captures this essence of the town with its tranquillity, architectural surround and warmth of a UNESCO World Heritage Site, that makes the Hotel an ultimate destination for a remarkable journey in Hoi An. 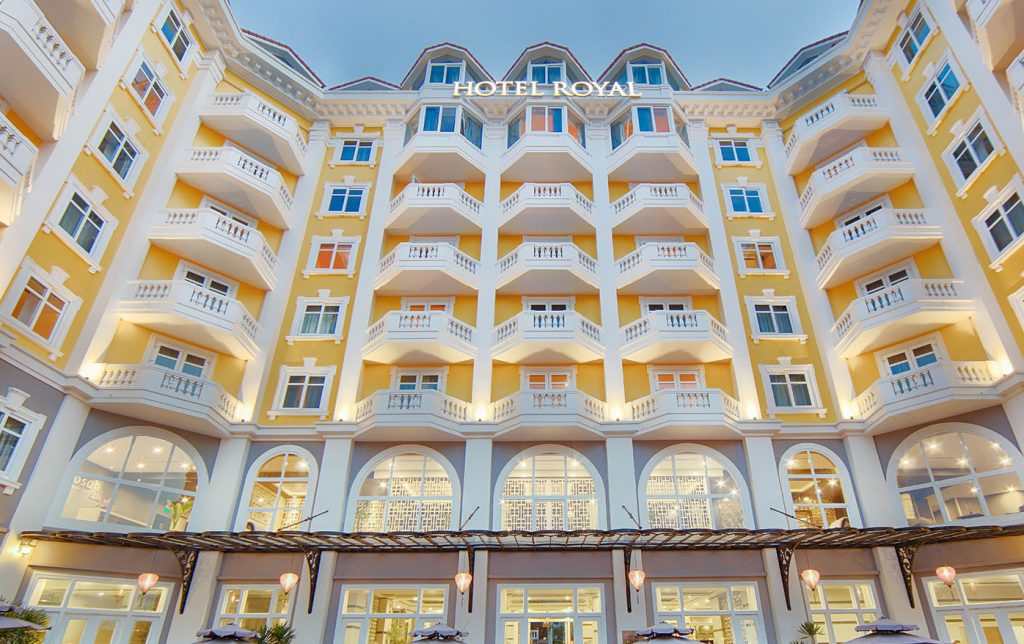 In response to the COVID-19 pandemic, we are saddened to inform you that Hotel Royal Hoi An – MGallery will temporarily close from 25 March 2020.

We plan to reopen as soon as it is practical and in accordance with Vietnamese government advise. We will provide further information via our website and on our social media platforms. Our reservations team will be able to answer queries you may have during this closure period and you can reach our team on reservation@hotelroyalhoian.vn.

Our thoughts are with everyone affected by this unprecedented event around the world. We truly appreciate your support, our dear guests, and look forward to welcoming you back in the coming months.